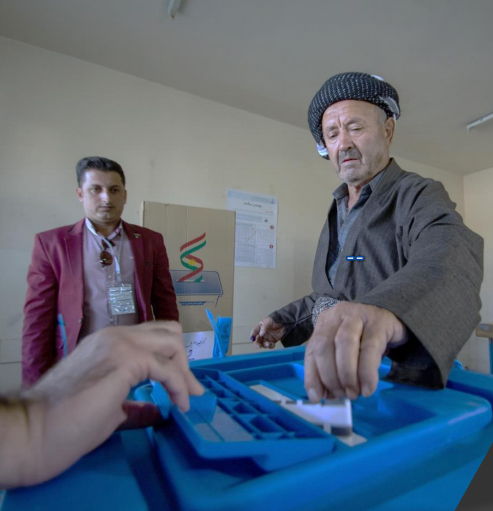 Iraq’s 2021 Parliamentary elections are scheduled for October. Despite the elections drawing near, there is little enthusiasm among the electorate with hopes for meaningful reforms having faded with the failure of successive governments to address endemic corruptions, economic crises, security issues, and environmental disasters, among other things. It is unclear whether the upcoming elections will make the current situation better or worse. Either way, there will at least be a government with a mandate.
Iraq has held four Parliamentary elections since the former Ba’ath regime was toppled in 2003. None of these elections haveled to much needed structural reforms but, with each round of elections, the size of the electorates has decreased as the divide between the people and the power has increased. During the 2005 election, 79% of the electorate participated; by 2010 that number was 62.4%; and in 2014 and 2018 the decline continued to 60% and 44.52% respectively

The social, security and economic implications of Iraq’s currency devaluation

Corruption Worse Than ISIS: Causes and Cures for Iraqi Corruption