Nietzsche and the melancholy of modernity 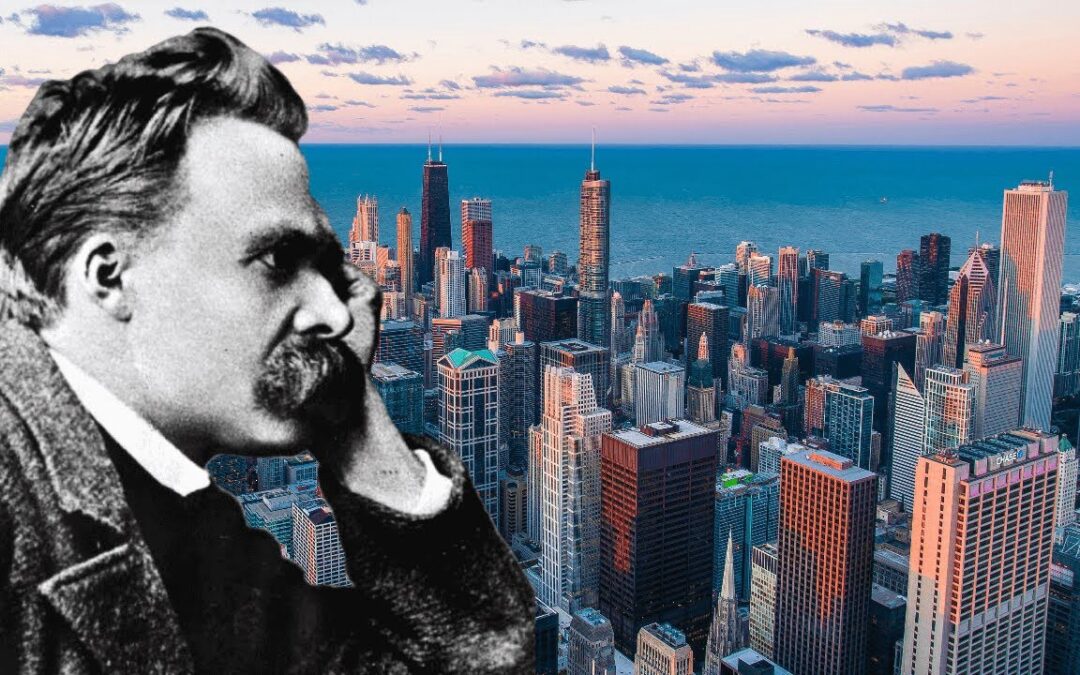 Nietzsche viewed his age as marked by decline in culture, the arts, academic research and politics, and the thread that binds these regressing areas of society is the expression of a melancholy of modernity. Pippin (1999) argues that the famous statement that God was dead had to be situated as a historical more than a philosophical concern. That is, the Enlightenment and reason has made the metaphysics of the conventional Gods of religions a non possibility. Likewise, the ideal of equality has replaced the ideal political and economic life where a heroic and humane aristocrat maintained ‘a noblesse oblige’ toward their serfs and peasants. An aristocrat had the obligation of defending (heroic courage) his kingdom and its inhabitants, and also an obligation to help the peasants in periods where crop failure might. In the modern age of melancholy, Pippin quotes Nietzsche: “we don’t believe any more that truth remains truth when one pulls back the veil” (Pippin, 1999, 507). The truths that the empiricism of modernity have eliminated like a noble political system and a god centred view of the world, should all compel us into a mourning and melancholy about a loss. The veil in question also made “dreams possible” and so the loss of certainty is one of the negative outcomes of modernity:

“The sun did not revolve around the earth; there was no immortal order had no natural basis, and, finally, soul; aristocratic there was no loving and providential God. For all those to whom this revelation looked like an awakening from a long sleep and there were others to whom it meant that no beautiful or dream, was sustaining dreams were now possible, or that wakefulness itself merely the memory of the pleasures of sleep.” (Pippin, 1999, 499).

When one considers the waking and dreaming contrast that Nietzsche uses, the loss of certainty and its malaise can be exemplified by a problem with the agnostic position on the existence of god. An agnostic is someone who is not sure or uncertain about the existence of God. One way of looking at this position, is to raise the omnipotent or omniscient nature of God. It can be asked, what kind of omnipotent God would allow its very existence be ambiguous, and this raises the further question of who would want to worship a god that is ambiguous or uncertain. The loss of the ideal of an aristocratic world of culture and an omnipotent god that had created and maintained it, was a dream that never reflected reality or actual historical truth. However, it did create an ideal that provided meaning and even inspiration, invigoration and strength. Along with the loss and slide into melancholia, is the truth of the illusion of these ideals that gave life meaning. As the above analogy with the agnostic was intended to highlight, the ideal of these questions also provided a grounding and foundation for living as opposed to an uncertainty about it. To extend the analogy, what life is worth valuing or affirming that is not certain of itself as having value or meaning. Pippin points out that the Death of God was not an event so much as it was the force of history creating the opportunity to make this eternal truth unveiled. The death is the source of melancholy, but so too is the permanent quality of it in terms of other human alternatives or options. For Nietzsche, modernity is identified with the melancholy that has resulted from a permanent loss.

A further element of the melancholy that is brought on by modernity, is the nihilism of a fact based world that is beyond good and evil. With the reduction of nature to scientific laws and facts, and the progressing reduction of the human as the endeavour of psychology which Nietzsche states is the “queen of sciences” (Pippin, 1999, 501). In the evolutionary world that Nietzsche is newly inhabiting in his own lifetime, the viewpoint that behaviour and human actions were just a byproduct of a natural law meant that value and meaning were lost. One has no more reason to judge a wolf devouring a rabbit in the state of nature, than to judge one human’s actions against another for the very same value free position. A fact is either true or false, and no amount of statements collected together, for example, in the form of an evidenced based court trial would have a statement of value or meaning that was contained in the facts or events, but also in the statements about the facts describing or representing the events. The only property the particular and sum of words that indicate that events happened, and these words were either accurate or they were not. In other words, we do have morals, conventions and standards that we agree make up the law, and that is why they are general principles and not laws that are either factually transgressed or they are not. That is a state of nature and the facts about it as also beyond good and evil. With the methods and tools of truth, come an even greater eradication of meaning and value when the truth about truth is that it is also vacuous when it is unveiled. The melancholy of nihilism and a fact based world without meaning can easily be said to describe some of the ennui or malaise that unquestionably feeds or is manifest in the delegitimising of our democratic institutions and liberal ideals.

The facts about politics in our world is that there is a legitimacy problem. If there were ideals about the democratic system, there is fact based evidence that it is non representative and therefore a meaningless system. If the system is corrupt, it is also meaningless and so the unveiling of this truth is likewise a sufficient foundation for a sense of loss. There is no question that the posturing of liberal and electoral democracy through its history had much to do with distinguishing itself from what it was not. In the Cold War, the affirmation of what was distinct and held value about it seemed more self evident. The failure of the system has created the more self-evident picture whereby any political ideal that was also a byproduct of modernity, is likewise meaningless and therefore a loss that is being mourned like the death of god or the end of the aristocratic era. The problem with modernity has an outcome that is characterised as nihilistic because it is difficult not to see how the uncertainty of our political institutions that extends from them being corrupt, and just a matter of fact, is significantly reinforcing the same melancholy of Nietzsche’s against the same forces.